Did you or a loved one develop a Salmonella infection after eating at La Luz Mexican Restaurant?

Only a doctor can make a diagnosis of Salmonella infection. If you have eaten at La Luz Mexican restaurant and have become sick, urgent medical attention is highly recommended. Also, early medical treatment can greatly reduce the risk for long-term complications.

On August 18th, the Larimer County Department of Health and Environment (LCDHE) confirmed it was investigating an outbreak of Salmonella illness linked to La Luz Mexican Restaurant in Old Town Fort Collins, Colorado. As of August 21, there were six confirmed cases with additional cases pending investigation and testing. At the time, five of the confirmed cases were confirmed to have been hospitalized.

Currently, the outbreak has 19 confirmed cases. The number of hospitalizations is still pending. Thus far, fortunately, it appears that no one has died.

The health department reported that the Old Town La Luz Mexican restaurant was cited as “unacceptable” in its previous routine surprise inspection in January 2017, when it was cited for temperature and cleanliness violations. It is likely the health department has found similar issues. The final report is still pending. The restaurant was closed when the first 6 cases were found.

If you fell seriously ill or were hospitalized after eating at La Luz Mexican restaurant, call The Lange Law Firm, PLLC right away.  We’ll get to work on your case immediately and help hold the negligent parties accountable for your illness. 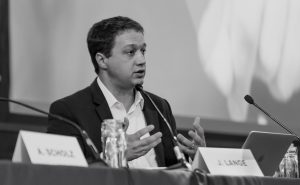 When corporations sell food contaminated with Salmonella, Jory Lange helps the families who have been harmed.  One of the nation’s leading food safety lawyers, Jory has helped families from California to Florida, from the Midwest to the Mid-Atlantic, and in states across the nation.